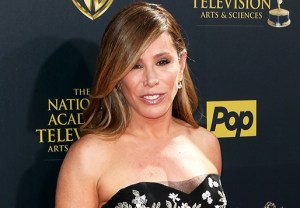 Sound the fashion alarm — which should be a real thing, if it isn’t already — because E!’s Fashion Police is returning later this summer, following yet another major facelift.

The style-centric series, which has been on hiatus since half the panelists jumped ship earlier this year, will return with new episodes on Monday, Aug. 31.

Additionally, executive producer Melissa Rivers — daughter of the late Police pioneer Joan Rivers — will join Giuliana Rancic and Brad Goreski as a third co-host. Says Rivers, “I’m very excited to be given the opportunity to continue to work with my E! and Fashion Police family.”

Things haven’t exactly been running smoothly aboard the good ship Fashion Police since Joan Rivers’ death in Sept. 2014. Kathy Griffin, who was essentially hired as Rivers’ replacement, announced her departure in March, explaining that her “style does not fit with the creative direction of the show.” And Griffin’s exit came less than two months after co-host Kelly Osbourne called it quits; her beef was over the fallout from Rancic’s controversial remarks about Zendaya.

The question is: Will you tune in for Fashion Police 2.0? (Or is it 3.0 at this point? 2.5?) Either way, drop a comment with your take on the re-revamped series below.