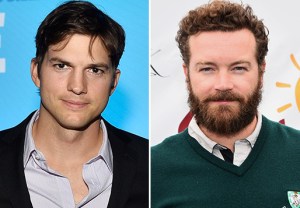 Netflix is giving That ’70s Show fans the Kelso-Hyde reunion of their dreams.

Ashton Kutcher and Danny Masterson are set to co-star in The Ranch, a multi-cam comedy about a semi-professional football star (Kutcher) who returns home to help his brother (Masterson) run their family’s Colorado ranch, our sister site Deadline reports.

The Ranch, which has reportedly been given a straight-to-series order, hails from Two and a Half Men showrunners Don Reo and Jim Patterson.

Unlike previous Netflix comedies, however, The Ranch‘s 20-episode season is reportedly being released in two separate installments of 10 episodes.

The series is expected to debut sometime in 2016.

Will you be tuning in for Kutcher and Masterson’s on-screen reunion? And what do you make of Netflix’s new roll-out plan? Drop all of your thoughts in a comment below.