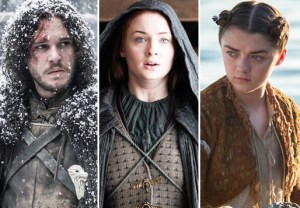 There are now three universal truths Game of Thrones fans must accept: “Winter is coming,” “The night is dark and full of terrors” and, as bluntly delivered by showrunner Dan Weiss, “Dead is dead.”

In a new interview with Entertainment Weekly, Weiss confirms that Jon Snow did, in fact, meet his demise in the final scene of Sunday’s season finale, as unfathomable as that might be to the audience.

“We would hope that after seeing the scene and the way it’s shot that the answer to that will be unambiguous in the minds of the people watching it,” Weiss says of Jon’s brutal death. “It’s not an, ‘Oh what just happened?’ scene.”

Even star Kit Harington is going on record about the tragic twist: “I’ve been told I’m dead,” he tells the mag. I’m dead. I’m not coming back next season.” He even says that “it felt like the right way for it to happen,” referring to Olly, Jon’s young steward, delivering the final blow. 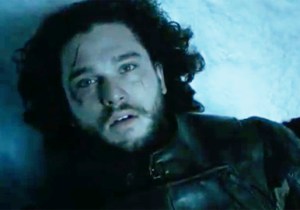 So there you have it; as far as the HBO series is concerned, Jon Snow is dead. But what of his fate in George R.R. Martin‘s book series, upon which the show is based? Jon appeared to die at the end of Martin’s fifth book, A Dance With Dragons, but the author won’t confirm his future beyond that.

“If there’s one thing we know in A Song of Ice and Fire is that death is not necessarily permanent,” Martin tells EW.

And with that, we must ask the other million-dollar question: Even if Jon is dead, either in the show or the books or both, does that really mean we’ve seen the last of him? The mag notes that two fan theories currently reign supreme: Either Jon could be revived by Melisandre, who conveniently arrived at the Wall towards the end of the season finale, or he could have warged into his Direwolf — an ability previously displayed by Season 5 absentee Bran — in order to preserve his spirit.

We won’t know what the future holds (or doesn’t) for Jon until the show returns for Season 6, or until Martin releases his sixth book, though it’s anyone guess which will come first. In the meantime, what do you choose to believe? Cast your vote below, then drop a comment with your best theories.