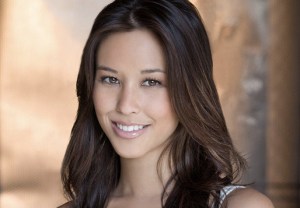 ABC Family’s Shadowhunters has added another pair of fangs to its cast.

The network announced on Friday that Kaitlyn Leeb (Degrassi) will play Camille Belcourt, the leader of the New York vampire clan.

Based on Cassandra Clare’s Mortal Instruments book series, Shadowhunters — set to premiere sometime in 2016 — follows Clary Fray (Katherine McNamara), who discovers on her 18th birthday that she’s a Shadowhunter, a human-angel hybrid destined to battle the forces of evil.

As you can see, there’s been a ton of Shadowhunters news released over the past few months, but don’t worry if you’ve fallen behind; TVLine has a handy guide to all the key players in ABC Family’s next hit series.

Your thoughts on Leeb’s casting? Drop ’em in a comment below.