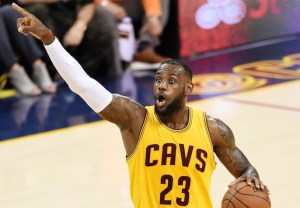 The CW’s iZombie closed Season 1 on Tuesday night with 1.4 million total viewers and a 0.5 demo rating, slipping 22 and 16 percent opposite the well-watched NBA Finals, hitting a series low in the demo.

Versus its premiere (which of course led out of a fresh Flash), iZombie was down some 37 percent.

ABC’s coverage of Game 3 of the aforementioned NBA championship series drew 14.6 million viewers and a 5.8 rating (per fast nationals), down from Game 2’s prelim numbers (18.8 mil/7.1) but up 22 and 18 percent year-over-year.

Fun fact: In Cleveland, Game 3 scored a 49.0 overnight rating, making it the highest-rated NBA game ever on ABC or ESPN in that market.