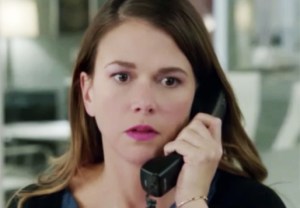 The 40-year-old cat is officially out of the bag. Again.

Following last week’s ecstasy-fueled reveal, Liza was forced to have “the talk” with Josh on Tuesday’s Younger season finale, and it did not go well — unless, of course, she wanted him to call her a “lunatic” and tell her he never wants to see her again.

I’d be remiss, however, if I devoted all my sympathy to Liza without acknowledging Josh’s feelings; finding out your girlfriend has been lying about being 15 years older, divorced and the mother of an 18-year-old college student is a tough pill to swallow. So when he described her situation as being “some crazy s–t” before wishing her a “nice, fraudulent life,” it was kind of hard to disagree with him.

BLACKFAIL | As if all that wasn’t bad enough, Liza later bumped into Cheryl Sussman (played by the always-enjoyable Martha Plimpton), a former co-worker with upsettingly accurate facial recognition skills. After hearing Liza’s whole story — over what were supposed to be innocent drinks — Cheryl demanded that Liza share Empirical Publishing’s opening bid for Ellen DeGeneres’ upcoming memoir, or risk her going straight to Diana with Liza’s big secret. 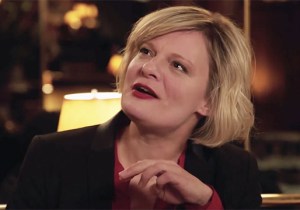 Fortunately, the ever-resourceful Liza had a back-up plan: By getting Cheryl to put her blackmail in e-mail form, Liza was able to counter-blackmail her into keeping her secret, or risk losing much more than just a “s–ty assistant job.” (It’s a good thing Liza wore her badass feather jacket to her follow-up meeting with Cheryl, because she handled that thing like a boss.)

THE FLASH (DRIVE) | Speaking of handling things, Liza figured out the only way to win Josh back was to completely open up, so she put together a flash drive full of her secrets. Like, all of them, including the heinous polka-dot dress she wore to prom. (So brave!) And although the couple didn’t immediately return to its former, bed-breaking glory, the promise of a coffee date leads me to believe they’ll be OK — at least until Liza inevitably fumbles again.

But we’ll save that for Season 2.

Your thoughts on the Younger finale? Do you hope to see more of Plimpton’s menacing Cheryl in the future? And do you think Josh and Liza can stand the test of time? Grade the episode below, then drop a comment with your full review. 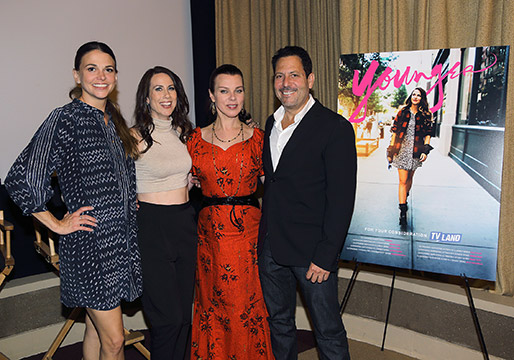