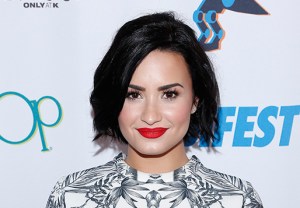 Judging by her next TV gig, Demi Lovato can now add “official badass” to her small-screen resume.

The singer-actress will guest-star on Season 2 of El Rey Network’s From Dusk Till Dawn: The Series, the cabler announced Tuesday.

No details about Lovato’s character are available, but she will appear in the final episode of Dusk‘s 10-episode sophomore season.

Lovato shared an Instagram photo alongside director Robert Rodriguez while filming in Austin, Texas — and if her all-black ensemble is any indication, Lovato’s character is not to be messed with.

* Cartoon Network has unveiled the voice cast and art for its Powerpuff Girls reboot, premiering in 2016. Scroll down for your first look at Amanda Leighton as Blossom, Kristen Li as Bubbles and Natalie Palamides as Buttercup. 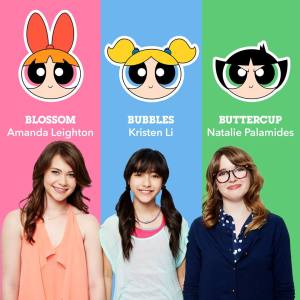 * Uzo Aduba (Orange Is the New Black) and John Stamos (Grandfathered) will announce the 67th Primetime Emmy nominees on Thursday, July 16, at 11:30 am ET.

* Comedian Iliza Shlesinger will host Separation Anxiety, TBS’ upcoming relationship-based game show with a unique twist that isn’t revealed until after contestants have played the game. The series will debut in late 2015.

* Nickelodeon has renewed the preschool series PAW Patrol for Season 3.

* Power opened Season 2 on Saturday night with 1.4 million total viewers — tripling its June 2014 series debut, up 32 percent versus its freshman finale and delivering the largest audience ever for a Starz season premiere.