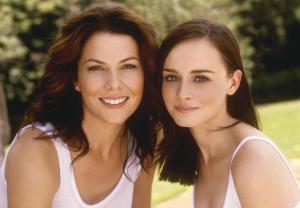 Is TV’s revival craze about to extend to Stars Hollow?

At Saturday’s ATX TV Festival, Gilmore Girls creator Amy Sherman-Palladino addressed recent buzz that her late, great WB/CW dramedy is on the verge of being resurrected.

“There’s nothing in-the-works at the moment,” she told the packed crowd at the Gilmore reunion panel. “Here’s the good thing: Nobody here hates each other. It would have to be the right everything — the right format, the right timing. It would have to be honored in a certain way. If it ever came around, I think we would all jump in and do it.

“If it ever happened,” she added, “I promise we’ll do it correctly.”

The frenzy was ignited last month by co-star Scott Patterson, who revealed on the Gilmore Guys podcast that “there are talks going on at the moment” for a reunion project, although he provided no specifics.

On the ATX panel, Patterson downplayed those earlier comments, saying that the possibility of the series being resurrected in some form is “the most-asked question I get from fans” and his response sprung “from a place of hopefulness.”