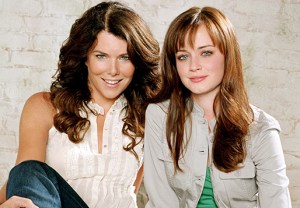 Gilmore Girls creator Amy Sherman-Palladino might not have been involved in the long-running dramedy’s final season, but as ATX Television Festival goers learned Saturday, the baroness of banter bears no ill will.

“The last season was the last season, s–t happens,” she said during the “Coffee With Amy Sherman-Palladino” panel. “We left it in the hands of our writers, so it wasn’t like we got Saddam Hussein to come in. We had smart, strong writers who had been with us and trained with us. We felt like, ‘Well, if we can’t be there, at least it’s in the hands of people that we know will honor the spirit of what we set up.'”

She admitted that it’s “always a bummer when you don’t get to end it,” and that she “hoped maybe there would have been a call — ‘Hey, it’s the last episode. Do you want to come back?’ — and there wasn’t.”

“That’s the way it works in Hollywood; there are rules,” she conceded. “I just don’t like rules.” That said, she’s still on speaking terms with the entire cast, and as she pointed out, “When does that happen?” 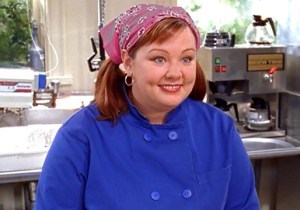 One of the more surprising revelations of the panel, met with the appropriate amount of crowd-gasping, was that Palladino “had to fight” to get Melissa McCarthy cast as Sookie St. James.

“It wasn’t that people didn’t like her, but she was a different energy,” Palladino explained. “She was a different kind of chick. The part was just written for a woman — there was no body type, there was nothing specific about it. I was just like, ‘I need someone who’s funny and can really act.’ Just funny doesn’t get me anything, because I need her to be able to cry and be heartbroken and be in a relationship, so it was a tricky sell. It took a while.”

As for the series’ elusive final four words — the ones Palladino had planned since the very beginning, but obviously was never able to make manifest — she said she’s not ready to reveal them. Not yet, anyway. (“At this point, I’m just being a complete a–hole.”)

Gilmore fans, what did you think of the show’s final, Palladino-less season? Drop a comment with your thoughts below.