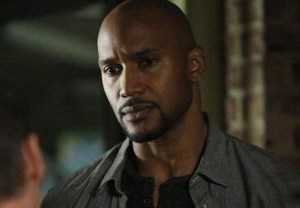 Marvel’s Agents of S.H.I.E.L.D. continues to fortify its ranks.

TVLine has learned exclusively that the ABC drama has promoted Henry Simmons to series regular status for Season 3 — on the heels of doing same for series newcomer Luke Mitchell.

Simmons made his debut as Alphonso “Mack” Mackenzie in the Season 2 premiere, as part of newly installed Director Coulson’s expanded team. He went on to appear in every episode thereafter, though there was a moment just before the Season 2 finale when it appeared Mack had called it quits, saying he was unable to work for a man who was so alien-friendly.

But when colleague Bobbi went missing and with the Inhuman threat escalating, Mack stuck around to trap teleporter Gordon and help fight the good fight.

Prior to his S.H.I.E.L.D. run, Simmons’ TV credits included NYPD Blue, Shark, Man Up and Another World.