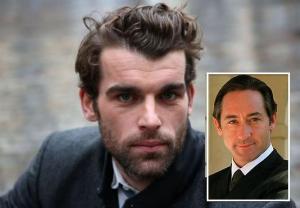 Outlander is saying bienvenue to its first new cast members for Season 2.

In Dragonfly in Amber, the Diana Gabaldon novel on which Season 2 is based, Jared greets Jamie and Claire when they arrive in France. They live in his grand home and look after his wine business while he travels to the West Indies, which provides the perfect cover for their attempts to avert the impending Jacobite Rising.

Le Comte St. Germain first becomes aware of Claire when her weighing in on a public-health matter causes him to lose a lot of money. As the story progresses, St. Germain is revealed as a merciless villain who traffics in the occult.

Weber, who will appear in most of the France-set episodes, is a French actor whose credits include the Tom Fontana-created Canal+ series Borgia and Agatha Christie: Poirot. Cavanah is a Scottish actor who has appeared on Hatfields & McCoys and the British series Eastenders and Doctors.

Thoughts on the castings? Sound off in the comments!