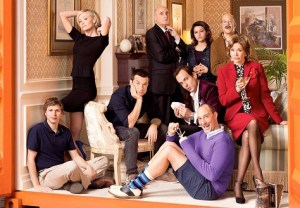 Unlike Lucille Bluth, Arrested Development executive producer Brian Grazer does understand the question, and he will respond to it.

Nearly two months after Grazer confirmed a fifth season of the cult comedy, he revealed that the new episodes will likely hit Netflix in mid-2016.

“Netflix is determined to do more episodes, so we’re going to do more episodes,” Grazer told Adam Carolla on his daily podcast, adding that production will begin “after the first of the year” for a Season 5 premiere “four months after that.” (Listen to the full podcast here; Arrested Development comes up at the 1-hour-5-minute mark.)

Will you be tuning in for Arrested Development Season 5? Hit the comments with your thoughts!