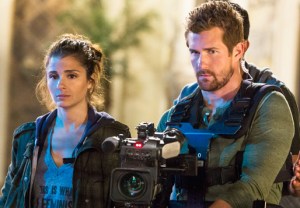 At this point, we all know “reality” TV is anything but that — my apologies if this is somehow news to you — and thanks to Lifetime, we’re finally getting a dramatic look at how the soup is made.

Enter UnREAL (Monday, 10/9c), an intense — and intensely addictive — drama series which follows the producers of Everlasting, a Bachelor-style reality show, as they manipulate the contestants (and occasionally one another) in the hopes of creating must-see TV. In many ways, star Shiri Appleby explains, it’s part of a new, edgier era for Lifetime.

“They were very vocal to us that they’re looking to redo the brand, and this is the vehicle they’re hoping will launch that campaign,” Appleby tells TVLine. “We would get these scripts and think, ‘There’s no way they’re going to let us shoot this. This is insane!’ But they’re really going for it.”

And no one experiences that insanity more closely than Appleby’s character Rachel, a freelance producer who already has a shady history with Everlasting and its crew. In addition to having to work alongside her ex-boyfriend, Rachel is forever under the watchful eye of executive producer Quinn (House of Cards‘ Constance Zimmer), whom Appleby describes as a “necessary evil.”

“Rachel struggles with her morals, versus what she’s doing for a living,” she explains. “It’s almost like manipulating people and taking them down is a high for her, and when that high wears off, the guilt and remorse kick in.” 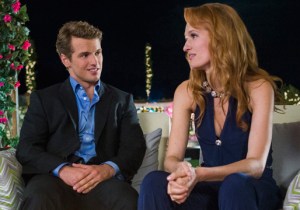 “Rachel’s looking out for Faith, but at the same time, her main job is to make Faith crack and break and get drunk and humiliate herself,” Wool tells TVLine. “Each producer on Everlasting gets more money when their girls succeed, so it’s this very interesting balance between wanting to utterly destroy someone and standing by them and supporting them.”

Wool also says we shouldn’t judge any of the characters based on our first impressions, because unlike the title of the sh0w-within-the-show, their personalities are not everlasting.

“Nobody comes out the other end of this the same way they go in,” she teases. “You see people’s true character when they’re under pressure, and this is an absolute pressure cooker.”

As for the romance on UnREAL — as opposed to the manufactured love on Everlasting — Appleby assures us it’s hardly in short supply.

“There are two guys [Rachel] sort of has situations with,” Appleby reveals. “I’ve played quite a few love triangles in my life, but this was the most complicated one ever. It was also a major role-reversal; I was more of the man in these situations than the woman. It’s pretty hot.”

Tell us: Will you be watching UnREAL, premiering Monday at 10/9c? Drop a comment with your thoughts on Lifetime’s new drama below.