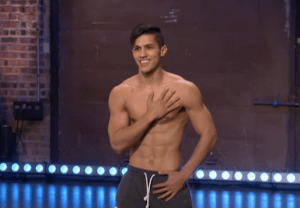 In a lot of ways, Season 12 of So You Think You Can Dance won’t be much different than the installments that came before it.

Head judge Nigel Lythgoe has already identified a coy, blonde thing whose innocent-but-sexy demeanor (complete with end-of-audition wink) has catapulted her to the head of the class. Cat Deeley remains as charming (if not even more charming) a host as ever. And (praise be America’s dance-studio industry!), it looks like there’s no shortage of crazy-talented kids to give this year’s “Stage Vs. Street” twist a far better chance of garnering water-cooler buzz than Season 11’s woeful “Justin Bieber Dance Crew DVR Fast-Foward Interludes” (TM cancelled).

But, of course, I’m burying the lede: As announced back in January, Mary Murphy and her Hot Tamale Train have been decommissioned — her “Wooo-hooooooos!” and ballroom references ending as abruptly as Paula Abdul’s Hot 100 viability in a post-“Vibeology” world. (If that reference is lost on you, please click here and join me in a flashback to the soundtrack of my freshman-year college dorm room. #istillloveit #stillknoweverywordtoit #willstoptryingtomakevibeologyhappennow)

But as much as I expected to be perturbed/irked/bewildered by The Lady Abdul joining my beloved SYTYCD as a permanent judge alongside Nigel (and in place of Mary!), now that I’ve gotten through the Season 12 premiere,  it’s actually the show’s decision to give R&B star Jason Derulo the third Season 12 chair that’s got me straight-up miffed.

When Derulo’s not mimicking the exact same critiques in the exact same words that Paula or Nigel said before him, his main contributions to the panel thus far seem to be a catchphrase that’s blander than melba toast (“I was all there for it”) and a mild expression of gay panic any time a male auditioner strays from his preconceived notions of masculinity. (Close your eyes for a second and revel in my imagined vision of Mia Michaels, Sonya Tayeh and Debbie Allen creeping up behind the “Talk Dirty” singer and hissing, “Stop being so heteronormative!”)

OK, OK, I’m spending altogether too much time on the judges — and not nearly enough time on the talented kids who fuel the SYTYCD engine! (One last note: Paula’s “ball-hopping” Cackle had to make even Mary’s most vehement detractors nostalgic for her high-pitched shrieks.) So without further ado — I’ll leave it to all y’all to figure out why some Fox beancounter couldn’t OK an extra day of shooting after a massive power-outage in Memphis truncated Day 2 auditions in that city — let’s get to my picks for the Top 5 auditions of the Season 12 premiere!

5. Jordan “Jojo” Hilgenberg: Graceful redhead affirmed her mom and stepdad’s decision to postpone their honeymoon to drive her to Memphis with a stunning display of flexibility and control. Nigel was right that she needs to make better use of the full stage, but her technical prowess leaves me confident she’ll have what it takes.

4. Courtney Barnes: Wendy Williams-imitating, eyebrows-on-fleek/freak returnee from Season 11 may possess more shtick than technique, but he had more fun with his ponytail-whipping mastery of salsa hips, tribal stomp and Nick Jonas-isms than anybody else on stage (except maybe First Lady Michelle Obama, flanked by the SYTYCD All-Stars.) 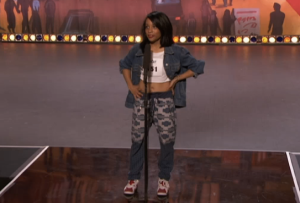 3. Ladia Yates: Is “Jookin'” a real branch of dance? Who cares? This chick’s ability to embody double broken-ankle horror in a way that was frisky, funny and Elvis-inspired made me hopeful she’ll wind up on Team Twitch by the time 4th of July fireworks start poppin’.

2. Edson Juarez: The episode’s final hopeful moved like his bones were made of pure spring water — a rather remarkable quality for a fella whose torso looked like it had been chiseled from the same marble as Michelangelo’s David. His face needs a little less Magic Mike and a little more Magic Travis, but he could be one of the ones for Season 12. 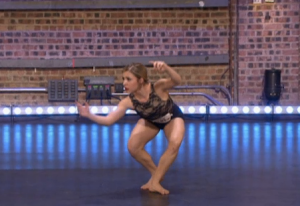 1. Lily Leyva: Final female auditioner of the Season 12 premiere began her routine in a collapsed, “upside-down crab” stance, rose up like her body was being pulled by a magnetic force, and then proceeded to channel nearly every conceivable emotion through the tips of her fingers, toes and head. This was, dare I say, almost Melanie Moore-ish in its beauty.