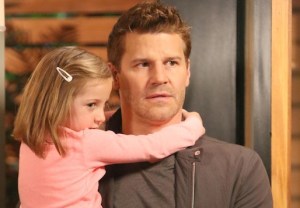 The premiere of NBC’s Aquarius averaged 5.7 million total viewers and a 1.0 rating on Thursday night, waning in audience and in the demo throughout its double-episode debut.

Fun with numbers: NBC notes that versus its most recent Thursday summer drama debut — Saving Hope circa 2012 — Aquarius was up 76 and 43 percent. TVLine readers gave the show an average grade of “B.”

The finale of ABC’s 500 Questions (5 mil/1.1) was up a tenth both week-to-week and versus its Wednesday edition. The game show’s closer gave ABC its best non-sports summer numbers in the time slot in two years.