Remember when American Idol‘s Clark Beckham told mentor Scott Borchetta that if his polarizing arrangement of Josh Turner’s “Your Man” lost him the competition, he didn’t want to win?

Turns out, he was so committed to that stance, he actually repeated it (at a producer’s request) when his initial (completely spontaneous) declaration got ruined by a blown lightbulb.

And that was just one of the many juicy behind-the-scenes tidbits the Season 14 runner-up shared when TVLine chatted with him at Fox HQ on Tuesday afternoon.

Also on the docket? The mentor and producer advice he rejected regarding his cover of “Superstition,” the trouble with his Top 11 rendition of “Takin’ It to the Streets,” the method he used to find a meaningful connection to “Every Breath You Take,” and his reaction to Harry Connick Jr. telling him he was the only musician left in the Top 7. Oh, and if you like hearing about chord structure, you’ll dig Clark’s deep dive into his rearrangement of Maroon 5’s “Sunday Morning.”

Press PLAY above for the full interview, then hit the comments with your thoughts on Clark’s Idol run and post-show future! 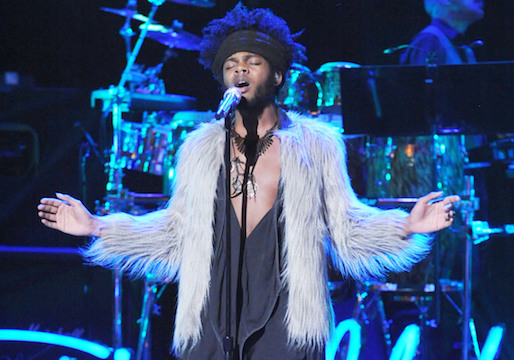