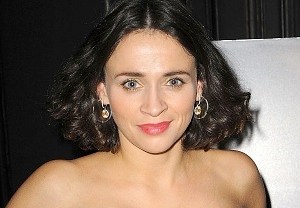 Charlene McKenna is going from A.D. to B.C. (and the B.C. stands for Bear Cave).

The Ripper Street actress, who’s currently co-starring in NBC’s A.D. The Bible Continues, has nabbed a regular role in Lifetime’s Clan of the Cave Bear pilot, TVLine has learned.

The project — based on the first of Jean M. Auel’s six-book series — takes place more than 25,000 years ago, when Neanderthals shared the Earth with the first early modern humans and a band of cave dwellers adopt blond and blue-eyed Ayla (Mr. Selfridge’s Millie Brady) a child of the “Others.” As Ayla matures into a young woman of spirit and courage, she must fight for survival against the jealous bigotry of Broud (Love/Hate‘s Johnny Ward), who will one day be Clan leader.

McKenna will play the Clan’s medicine woman and sister of the Clan leader Brun (The Blacklist’s Hal Ozsan).

The potential series, which is being eyed for a possible 2015 launch, is exec-produced by Ron Howard and Brian Grazer, along with Allison Shearmur (The Hunger Games: Catching Fire), Linda Woolverton (Maleficent), who is writing the pilot, Francie Calfo (Gang Related, Empire) and Jean M. Auel.