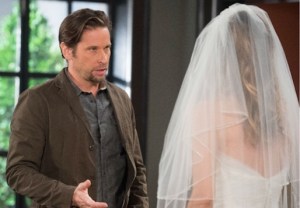 We’ve got questions, and you’ve (maybe) got answers! With another week of TV gone by, we’re lobbing queries left and right about shows including Mad Men, Brooklyn Nine-Nine, Supernatural and Chicago P.D.!

1 | Were you half expecting a General Hospital character to reference the ABC News break-in that interrupted last Friday’s episode, to underscore the “live”-ness of it all?

2 | Outlander fans: How much are you dreading the epic droughtlander that awaits after the May 30 season finale? And had any fans of the book envisioned MacRannoch’s home as much more opulent than it was portrayed on TV?

3 | Did Saturday Night Live finale host Louis C.K. cross any lines with his riffs on racism and/or child molesters, or do we simply live in a time where any edgy topic is considered off limits?

4 | Are you starting to suspect that Game of Thrones‘ Tyrion and Jorah may never make it to Daenerys?

5 | Who do we have to speak to about making Hugh Laurie a Veep series regular in Season 5? 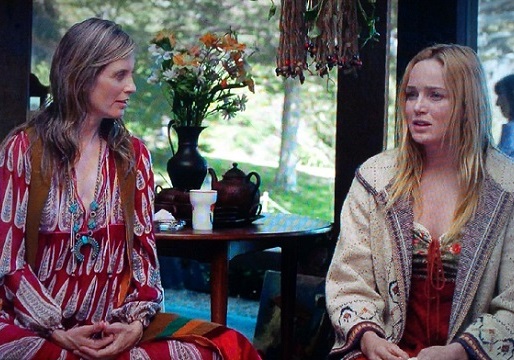 6 | Does Helen Slater and Caity Lotz in the same Mad Men episode count as a Supergirl/Arrow crossover? Was the biggest surprise of that finale the fact that Betty was alive and kicking (and smoking!) by the end? Lastly, now that Matthew Weiner has weighed in, how did anyone really think that Peggy penned the Coke ad?

7 | Is Brooklyn Nine-Nine going “there” too soon with Jake and Amy? And who’s your dream guest star to play the new precinct captain?

8 | TVLine reader/Bob’s Burgers fan Tabitha emailed us to ask: “Did anyone else tear up during Bob and Louise’s heartfelt conversation at the end of the season finale? (And then lock themselves in the bathroom for a big cry?)”

9 | So, the Bachelorette boots a contestant for being a misogynist who disrespects women on national television, and no one notifies the hypocrisy police?

10 | Which Dancing With the Stars moment made you more verklempt: Noah Galloway’s emotional freestyle routine, or the image of Bruce Willis in proud tears over his daughter’s work?

11 | When The Following’s Ryan fell over the railing toward the waterfall, were you expecting Arrow’s Atom to swoop by and save him? And without the backing of the FBI and his tech-whiz niece, how did presumed-dead Ryan think he would be able to find and take down Theo’s boss(es)? 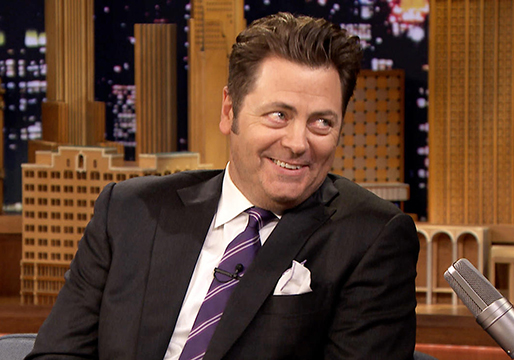 12 | Did Nick Offerman’s mustache-less appearance on The Tonight Show totally mess with your head?

13 | Stalker fans, don’t you wish the show hadn’t left the finale on such a massive cliffhanger, knowing full well it could be cancelled after one season? Also, did Kat Graham lose some kind of bet with Stalker creator/former Vampire Diaries boss Kevin Williamson, to explain her nearly dialogue-free role as a murder victim?

14 | Where would you rank Community’s most recent paintball escapade amongst the trilogy? (Do we count Season 4’s sad attempt to “make paintball cool again” as part of the trifecta, or pretend like it never happened?) 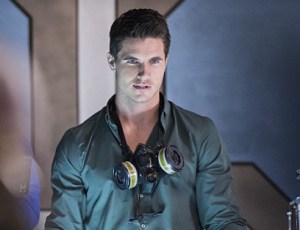 has survived the Flash finale, are you even more worried about the newlywed’s fate, that he isn’t a part of the midseason Legends of Tomorrow spinoff? Also: Has a recap’s comments section and the time-travel theories within ever boggled your brain more? (Speaking of puzzling paradoxes: Where did The Flash who traveled back in time with Eobard Thawne to the night of Nora Allen’s murder come from?)

17 | Is there a job opening for Death on Supernatural now that Dean has killed him? Or does Dean automatically fill the position? And who made you cry more this week: the Winchesters or Barry Allen?

18 | If Chicago P.D.‘s Ruzek had proposed to you in the “informal” manner he did to Burgess, would you have said, “Yes”?

19 | Did iconic pieces of Late Show With David Letterman’s set really get lobbed into a dumpster after the finale? Please tell us something was saved for the Smithsonian or Paley museums.

20 | Whereas Twin Peaks’ Lucy was ditsy-cute, is the sheriff’s office receptionist on Wayward Pines simply annoying?

21 | Now that the 2014-15 broadcast season is winding down, we’re curious: Are there any returning shows you won’t be sticking with this fall? 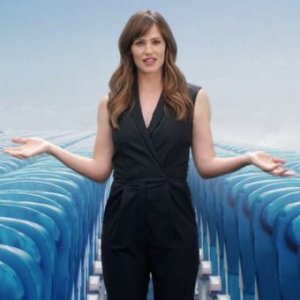 22 | What do we have to do to free Jennifer Garner from that credit card company airplane and get her onto a TV show?!

23 | Have you ever seen an promo for a show that was inexplicably renewed and wondered, “Who watches that”? (Yes, we’re looking at you, buzz-free cable dramas.)

Hit the comments with your answers — and any other questions you care to ask!