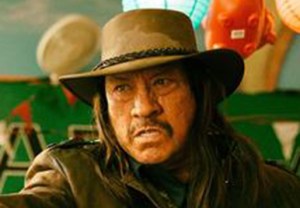 If you needed more evidence that Danny Trejo is not someone you want to upset, El Rey Network has provided Exhibit A.

The cabler on Friday released a photo from Trejo’s upcoming stint on From Dusk Till Dawn: The Series, in which the Machete star will play “The Regulator,” a horrifying agent of evil who is summoned to perform a deadly errand.

From Dusk Till Dawn‘s sophomore season is slated to premiere this summer. Check out the photo below, in which The Regulator crashes a party the only way he knows how: with a gun. 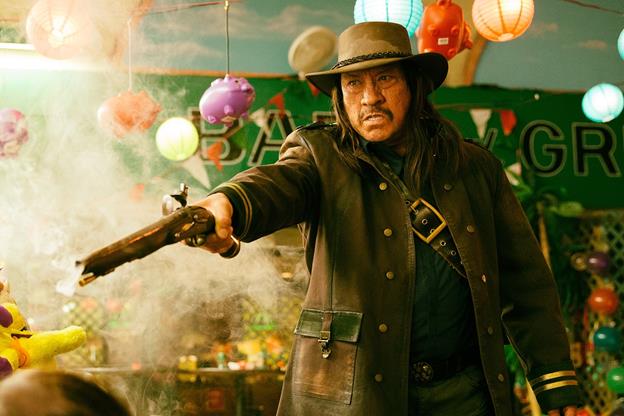 * Soap vet Jon Lindstrom (As the World Turns, General Hospital) has checked into Recovery Road, ABC Family’s upcoming drama about a party girl (played by Skins‘ Jessica Sula) who must go to rehab or face expulsion from school. Per Soaps.com, Lindstrom will play William, a counselor at the recovery center that Sula’s Maddie attends.

* Hulu has announced the cast of The Hotwives of Las Vegas, the follow-up to its original parody series The Hotwives of Orlando. Season 2 — which debuts Tuesday, Aug. 18 — will star Casey Wilson (Marry Me), Tymberlee Hill (Drunk History), Andrea Savage (Episodes), Danielle Schneider (The Back Room), Dannah Phirman (Newsreaders) and Erinn Hayes (Childrens Hospital).