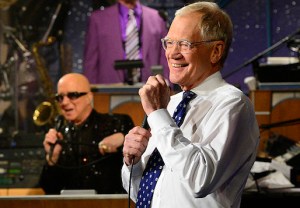 The much ballyhooed series finale of Late Show With David Letterman on Wednesday night/Thursday morning delivered its largest audience — 13.8 million total viewers — in 21 years, since its Feb. 25, 1994 outing (which led out of Winter Olympics coverage).

Letterman’s Late Show sendoff thus outdrew and outrated every Wednesday primetime broadcast, and on the final night of May sweeps; TVLine readers gave the big goodbye an average grade of “A.”

Leading out of the milestone Late Show at 1 am, The Late Late Show With James Corden drew 4 million viewers (the largest audience for any host of the late, late program) and a 1.1 (its best rating since Dec. 19, 2005).