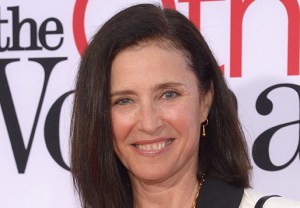 It looks like Ash won’t be the only one fighting off demons this fall.

Mimi Rogers (Two and a Half Men, Bosch) has joined the cast of Starz’s upcoming sequel series Ash vs. Evil Dead, a follow-up to the Evil Dead horror franchise.

Per The Hollywood Reporter, Rogers will play Suzy Maxwell, a woman who is reunited with her family — and some unwelcome guests — after a freak accident.

Bruce Campbell will reprise his role as Ash, who must get back into the monster-hunting business after a Deadite plague threatens to destroy mankind.

* Season 2 of Netflix’s animated comedy BoJack Horseman will debut on Friday, July 17. All 12 episodes will be made available at 12:01 am PT.

* Steven Williams (The X-Files) will recur on Season 2 of The Leftovers as Virgil, an outcast who becomes an unlikely confidant for Justin Theroux’s Kevin Garvey, our sister site Deadline reports.

* Cinemax is teaming with director Justin Lin (Fast & Furious) to develop the crime drama Warrior, inspired by the writings of martial artist Bruce Lee. Per Deadline, Warrior follows a gifted but morally corrupt fighter who is thrown into crisis after a lifelong quest for vengeance is sabotaged.