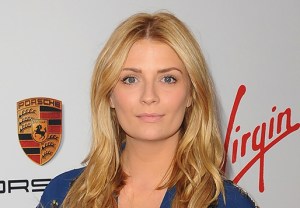 If there’s a place more dysfunctional than The O.C., Mischa Barton is about to pay it a visit.

TV’s erstwhile Marissa Cooper will guest-star on Recovery Road, ABC Family’s upcoming drama about a teen party girl who must go to rehab or face expulsion from school.

Per People.com, Barton will play Olivia, a patient at another rehab center who befriends Vern (played by Looking‘s Daniel Franzese).

Since ending her run on The O.C., Barton has appeared on The Beautiful Life: TBL and Law & Order: SVU.

* MTV has ordered a pilot presentation for Fancy Bastards, a half-hour animated comedy about five small-town outcasts who are shocked to learn they all share the same father — who just happens to be a prince. The voice cast includes Brittany Snow (the Pitch Perfect movies), Sharon and Kelly Osbourne (The Talk and Fashion Police, respectively), Nasim Pedrad (New Girl) and John Roberts (Bob’s Burgers), among others.

* SNL alum Rachel Dratch will guest-star on Season 4 of Unforgettable, according to EW.com. She will play Rosie Webb, a former executive assistant to an investor on trial for swindling clients.

* Ubiquitous guest star Frank Whaley (Blue Bloods, The Blacklist, Gotham) will recur on Season 3 of Under the Dome, Deadline reports. He’ll play Dr. Marston, a brilliant doctor and scientist whose motives are suspicious.

* In more casting news: The Americans‘ Reg Rogers and 24‘s Tzi Ma have joined Hell on Wheels‘ fifth and final season in series-regular roles, per Deadline. Rogers will play construction superintendent James Strobridge; Ma will be Tao, head of a group of Chinese railroad workers.