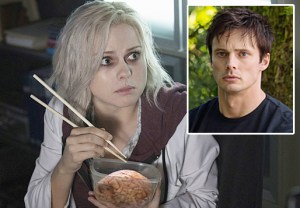 iZombie fans are still reeling from the death of Liv’s boyfriend, so naturally, TVLine asked Rose McIver the one question on everyone’s mind: Is Lowell’s tasty noggin going to end up in her next salad?

“I actually thought about that,” McIver admitted with a laugh on the red carpet at The CW’s upfront presentation. “It’s kind of like reading someone’s diary, and there’s nothing to be gained from that right now. Liv is also grieving him independently. That’s an interesting question, and I’m not sure there’s a black-and-white answer.”

One thing that is black-and-white, however, is Liv’s clear mission in the wake of Lowell’s murder: Stop Blaine at all costs!

“The one good thing about [losing Lowell] is, because Blaine has taken away somebody that Liv loves, it’s given her so much passion and resolve not to let him get away with anything anymore.” 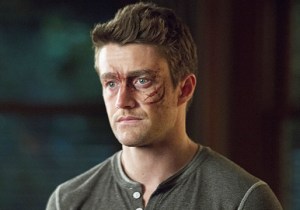 As for Major — you know, the guy who remains ridiculously good-looking, despite having half of his face mangled in a gang fight — McIver says we can expect some major (teehee!) developments from his investigation in the coming weeks.

“He’s getting closer and closer to finding out about zombies and what they are and what Liv’s role in it all is,” she teases. “In the next couple of episodes, there are some pretty huge reveals.”

iZombie fans, do you want Liv to take down Blaine, or do you enjoy David Anders too much? What are your hopes for Major? And do you miss Lowell as much we do? Drop a comment with your thoughts below.