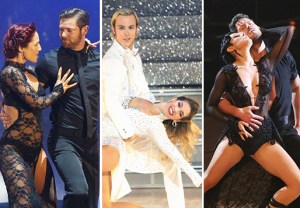 As Dancing With the Stars kicked off its 20th season finale, there was hardly anything separating the three finalists from one another.

Sure, there were eight points keeping Noah Galloway from sharing the top of the leaderboard with Riker and Rumer. But, as Tom Bergeron pointed out during last week’s semifinals, each of the remaining three couples has alternately been the strongest contestants of the week or one step from elimination throughout Season 20.

The only chance that Noah, Riker and Rumer had left to separate themselves from the pack was their 24-hour fusion dances, in which they had less than a day to choreograph a new routine, which would be a combination of two styles.

Before we get to the other highlights of the two-hour finale, let’s break down the couples’ final scored routines:

NOAH & SHARNA — CHA-CHA/ARGENTINE TANGO | A few weeks back, when the contestants were asked to learn two routines per week rather than one, Noah admitted he found the whole thing terrifying. Fortunately, the war vet didn’t seem nearly as mortified at the idea of learning a routine in 24 hours, leading to a strong final showing on the dance floor. Though Noah struggled to find his balance near the end of the number, his last performance with Sharna was, quite literally, leaps and bounds better than his first cha-cha weeks ago. Score: 36

RIKER & ALLISON — SALSA/QUICKSTEP | It seemed a bit cruel that Riker and Allison — arguably the dark horses of the race, even next to Noah and Sharna — would be given two dance styles that had no business mixing together. Somehow, though, the pair choreographed a fun, high-energy routine that was among their best of the season. Score: 40

RUMER & VAL — FOXTROT/PASO DOBLE | Even if the pair hadn’t been technically perfect, Rumer and Val exuded such happiness in their final routine together, it was hard not to crack a smile while watching them glide across the dance floor. (And I can’t be the only one who “Awww!“-ed at their rehearsal package. “Are you going to miss me?” “Are you going to miss me?” “I asked you first!” Oh, just date already, you two. Val probably has Bruce Willis’ stamp of approval, anyway.) Score: 40

The rest of the finale was a two-hour-long celebration of the season’s other competitors, with reprise performances from Redfoo, Charlotte McKinney, Suzanne Somers, Robert Herjavec and last season’s Final Two, Alfonso Ribeiro and Sadie Robertson.

Also among the highlights: A stunning contemporary routine from Julianne and Derek Hough, alongside two young dancers, performed to Sia’s “Elastic Heart.” (I never use the phrase “all of the feels,” but this seems like an appropriate time. Or not. I’m not up on the current slang.)

Watch the couple’s crowning moment below:

With that, I hand it over to you. What did you think of the Season 20 finale? Do you agree with the final results? And who are your casting suggestions for Season 21? Cast your vote in our poll below, then hit the comments with your thoughts! 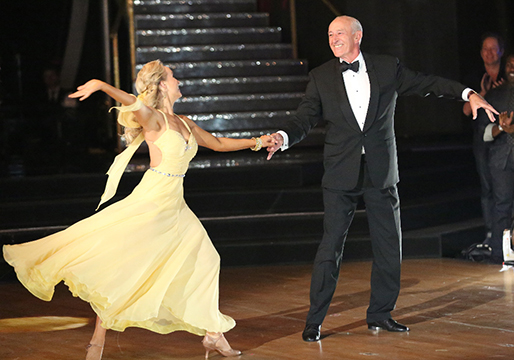