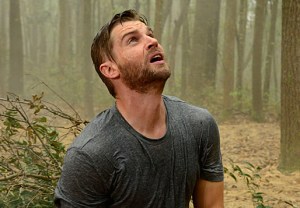 If you’ve been a devoted watcher of Under the Dome‘s past two seasons, you may have experienced any of the following side effects: confusion at unanswered questions, frustration at new storylines and a lingering feeling of skepticism.

But according to executive producers Neal Baer and Tim Schlattmann, Season 3 of the CBS sci-fi drama (premiering June 25 at 9/8c) will be the one that delivers those long-awaited answers.

“We will tell you why the dome came down and what it’s about,” Baer promised at a CBS summer press event on Monday. “By the end of the season, you’ll know exactly why this happened the way that it happened.”

It isn’t lost on either of the producers that quite a few plot twists were introduced last season, most notably the all-powerful egg and its connection to Melanie Cross. But Schlattmann promised that all of those loose ends will be addressed, if not completely tied up, by the end of the upcoming season. 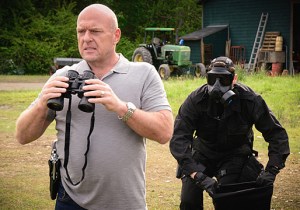 “Why was there 25 years to pass before the dome came down? What was in play 25 years ago that set all this in motion? That’s one of the biggies we’re going to address,” Schlattmann confirmed. “You’ll see how these puzzle pieces form a puzzle that may be different from what you thought it would be.”

One of the characters who will usher in those answers is Christine Price, an anthropologist played by CSI‘s Marg Helgenberger. Much like science teacher Rebecca, who was introduced in Season 2, Christine will come out of the woodwork as a longtime Chester’s Mill resident who is just beginning to emerge as an important figure in the dome’s mystery.

“[She’s a] new resident of Chester’s Mill, and yet [she’s] been there this whole time,” Baer said. “That’s the driving engine of this season: How is that even possible?”

Baer continued: “We’ve taken the viewers through all kinds of calamaties. But now, it’s really character-oriented. We promise you we will answer why the dome is there, but of course we’re going to ask more questions.”

That said, Schlattmann assured newcomers that they will be able to understand the two-hour Season 3 premiere, even without having seen previous episodes. “It’s a really good jumping-in point,” he said. “We like what we did the first two seasons, and now we had to go further.”

Under the Dome fans, will you return for the show’s third season? What questions do you most want answered? Hit the comments with your thoughts!