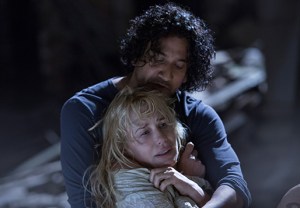 Here’s what we know about Netflix’s upcoming thriller Sense8 so far:

1. It is the brainchild of Matrix directors Andy and Lana Wachowski.

2. Per the official logline, it is the story of “eight people from around the world whose lives are suddenly and inexplicably connected in a fight for their own survival.”

Fortunately, TVLine recently caught up with Hannah and Andrews at a Netflix press event, and the actors were able to shed some light — not much, but some — on the streaming service’s enigmatic project. Read on for the answers to three of our biggest Sense8 questions.

HOW ARE THESE EIGHT PEOPLE CONNECTED? | “[It’s] the most diverse group of eight people you could probably find, who, through this extreme event, suddenly begin to realize they are interconnected through their senses,” Hannah revealed. “There’s also dark forces that are at work to try and stop them. They somehow hold the key to saving humanity.”

And the bond that these eight characters share isn’t abstract; they actually feel each other’s pain, according to Andrews. “If you’re cut, [they’ll] feel it, literally,” he said. “They are viscerally connected by the idea that empathy is something that is built in.” 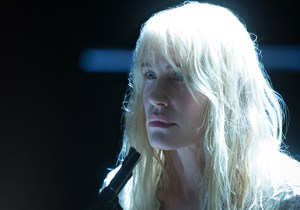 IS IT A SCI-FI SHOW? | No. Though Hannah and Andrews both agreed that the project “defies genres,” they also argued the series leans toward the supernatural-thriller category.

“It’s mind-bendy,” Hannah elaborated. “It’s not in the future, people aren’t flying around in their spaceships. It’s set in the very real world, but there’s also very supernatural stuff happening.” And for that matter, you may want to refrain from calling Sense8 a TV series at all. Added Hannah: “It was shot like a 12-part movie. It is an incredibly cinematic, massive, epic-scale film.”

HOW SOON WILL WE GET ANSWERS? |  Andrews has some experience with mysterious dramas that don’t always provide conclusive answers. (You know which one we’re talking about.) That said, the actor insists viewers will have a different relationship with Sense8, given that all 12 episodes will be available for binge-watching. “The idea that you can watch all 12, if you so choose, in one go, changes your perception of how you receive the work,” he explained. “That’s completely different to the medium of television, where you’re waiting each week. I know this is 10 years on, and people can watch Lost all in one go now. But back then, that wasn’t the case.”

To that end, Hannah confirmed that answers will become clear throughout the first season — but don’t expect every query to be resolved. “The way Lana and Andy conceived the show was to explore some of these themes and allow them to keep going deeper and deeper — not only giving you answers, but also raising more questions,” she said. “They don’t say, ‘Are we all interconnected? Well, here’s the answer.’ They just pose that question and leave it for us to resonate with. You’ll get a healthy mix.”

Will you give Sense8 a shot? Revisit the official trailer below, then hit the comments with your initial thoughts on the project.