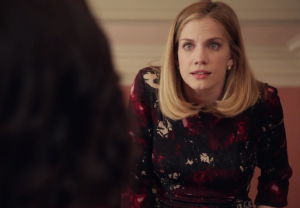 Throughout the season, Chlumsky has telegraphed her character’s mounting frustration with her boss through hilariously tense line readings, under-her-breath asides and well-timed eyerolls. The addition of yes-woman Karen to POTUS’ entourage proved Amy’s breaking point; you just knew something was gonna go down when Chlumsky’s shoulders climbed toward her ears as Karen offered yet another annoyingly benign opinion.

The discussion about who should join Selina on the ticket re-lit Amy’s burned-to-nothing fuse. “Have you been sent from the future to destroy me?” Chlumsky yelled at Lennon Parham’s Karen, adding with a growl “Because it’s working!” Shaking with feeling and wielding Amy’s phone like a battleax, Chlumsky then wheeled on Madam President herself. “You have made it impossible to do this job,” she gritted out, angry tears creeping into her voice as she enumerated Selina’s faults. Chlumsky’s greatest moment came when Amy, defeated, realized that she’d been instrumental in ensuring that there’d never be another female president “because we tried one, and she f—king sucked.”

Of course, the moment Amy huffed out her resignation and left, Selina gave Ms. Brookheimer’s VP suggestion some serious thought. That seems to indicate that the former Chief of Staff eventually will be back on the payroll, and we can’t wait to watch Chlumsky nail the inevitable apology scene, too. 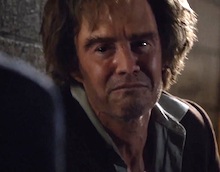 HONORABLE MENTION | Unhinged, moving, manic, loving, raging – those are just a few of the seemingly contradictory adjectives that describe Kyle MacLachlan‘s performance on Agents of S.H.I.E.L.D.‘s Season 2 finale. As Cal sought to become more powerful, ingesting a get-big-quick concoction, the actor managed to be both monster and man. Even under the fury of his new Hulk-ish appearance, Cal’s fatherly love for his daughter Daisy shone through like a beacon of the good within him. In the wrong hands, the borderline over-the-top character could have easily veered into crazy-camp territory, but thanks to MacLachlan, it was just plain crazy good. 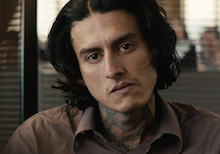 HONORABLE MENTION | Over the course of its 11 episodes, American Crime made happy endings seem not only elusive, but flat-out impossible for most of its characters. For Richard Cabral’s Hector, it wasn’t enough that the charges against him were dropped; next, he had to convince a prospective employer that he was more than just a walking rap sheet. As Hector leveled with his potential boss — “I’m not tired of my life. I’m worn out.” — Cabral brought to the surface months of pent-up anger, exhaustion and guilt. And when Hector walked out of that interview moments later with the job, it was Cabral’s raw, honest performance that had us sharing in his hard-fought victory. 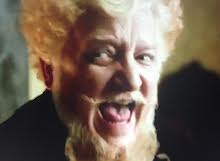 HONORABLE MENTION | “Laugh riot” is probably not the first term you’d use to describe Showtime’s gloriously gloomy Penny Dreadful. But we’ll be damned if every other line that Simon Russell Beale uttered as Ferdinand Lyle in this week’s “Verbis Diablo” didn’t make us chortle. Though the cunning linguist was called in by Sir Malcolm to consult on serious business, the delight that he took in flirting with handsome Ethan made the work seem like play. (For instance, when the sharpshooter agreed to accompany Lyle as he snuck into the bowels of the British Museum, the fop couldn’t resist asking, “Will you bring your gun belt?” Funnier still, the imp all but erupted in glee when Ethan gamely replied, “Both guns.”) In fact, so contagious is the joy that Beale exudes as Lyle that, by the time the dandy and his protector had completed their mission, we were ready to forget all about poor Vanessa and her witch problem to focus on the comedy team and whatever misadventure they might undertake next.