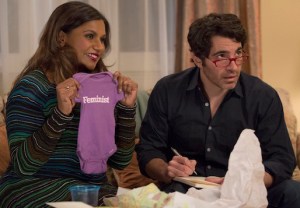 As expected, Hulu has salvaged The Mindy Project from Fox’s scrap heap, ordering a super-sized, 26-episode fourth season of the acclaimed comedy.

Fox cancelled the Mindy Kaling-fronted sitcom after three seasons on May 6. By then, Universal TV — which owns Mindy Project and saw the writing on the wall at Fox —  had already begun talks with Hulu about a pickup.

“I am thrilled The Mindy Project has found a new home on Hulu, where so many of our fans are already watching the show,” said Kaling in a statement. “It’s such an exciting place to be.”

Hulu is currently the exclusive streaming home to all past episodes of the series. A premiere date for Season 4 is TBD.