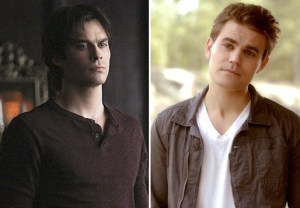 It’s safe to say, for so many reasons, that nothing will ever be the same after the events of The Vampire Diaries‘ sixth season finale — but what exactly is coming up for the people, both human and supernatural, that Elena left behind?

TVLine spoke with executive producer Caroline Dries immediately after Thursday’s bloody (so many deaths!) and heartbreaking (#GoodbyeElena) hour for the scoop on what’s to come.

TVLINE | Why, in your mind, why was this the perfect end for Elena?
We knew we didn’t want to kill Elena because we do want her to come back one day, maybe in the series finale. And we didn’t want her to walk off into the sunset and get a job somewhere because that felt fake. We thought, “What could she do that proves to her friends and to the viewers who she is as a person?” And of course she would make a sacrifice so her best friend could live out the rest of her life. We thought it was fitting that, at the end of the day, after all these sacrifices made on her behalf, she takes the bullet for her friend and goes out Sleeping Beauty-style.

TVLINE | Were you at all concerned that fans would feel like Damon was choosing Bonnie over Elena?
It was never about that to me because I knew, personally, that Nina had to leave the show. Keeping Elena was never a choice, so it became more about showing Damon’s growth as a character: How did Damon change from Season — asshole, selfish Damon — and how did Elena affect him? This was the best way for that to manifest. He made the selfless choice, for once, which was also kind of his gift to Elena. 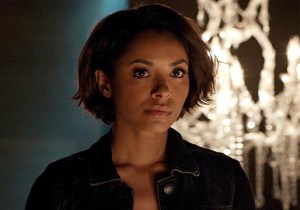 TVLINE | I imagine Bonnie will be feeling a tremendous amount of guilt for Elena’s situation?
That was my thought, too, that Bonnie would be feeling really crappy about this, but then we talked in the writers room about it. Bonnie’s so strong coming out of Season 6; she really became a woman this season. For her to go back on all of that didn’t feel like the story we wanted to see. So we gave Elena that speech at the end where she basically said, “Bonnie, let me do this for you.” Bonnie would be wasting it if she sat around feeling guilty, so she’s going to grab the bull by the horns and be awesome Bonnie Bennett. She’ll start up a fun friendship with Damon, a continuation of what they have now, but she’ll kind of become his moral center as he’s trying to figure out who he is without Elena to impress.

TVLINE | From the brief bit we saw of him, Damon was not handling it well. What’s going to be his biggest struggle? Doesn’t he realize that, as long as he’s patient, Elena will eventually come back?
[Laughs] Patient? How boring! Everything he did, every choice he made, was somehow tied to Elena. Now she’s not there looking over his shoulder every five minutes, so he has to figure out who he is without her and what choices he’s OK making. He’s going to have a rough go at it, and he’s going to get dark and be Bad-Damon. But he’s still got Bonnie there to remind him what Elena would do.

TVLINE | Damon obviously still loves Elena, but he’s also a sexual creature, so is there a chance he could take up with someone else? Is that something you’re willing to embrace?
The problem is that, as you said, he is still so madly in love with her. It would feel false for him to meet someone else and have sparks and fall in love. The viewers also wouldn’t embrace it; any girl who comes close to Damon gets clawed at with their opinions, so it’s not something we’re going to jump into as writers right away. He’s got to be with himself for a bit, and his love story will be based back on Stefan. 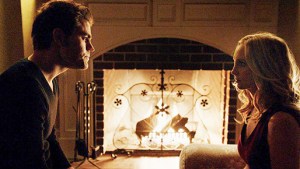 TVLINE | Speaking of Stefan, I’m glad he finally dropped the L-bomb, but why not go all out and have Caroline say it back?
We always thought it was more natural for Caroline to deal with the grief she’s feeling and not think that her relationship with Stefan is just a Band-Aid to cover up these tragic feelings she’s been enduring. She wants to come at it from a cleaner place, and she mentioned to him in the last episode that she’s a control freak. She’s still coping after her mother’s death and her humanity being off; she’s not feeling like herself. In Season 7, she’s going to try and figure out if she and Stefan can actually do this.

TVLINE | Stefan’s speech about Elena not being his destiny, that she was merely leading him back to his brother, was also a huge moment. Why was that important to get in there?
It was Stefan saying goodbye to Stefan-and-Elena and being thankful for her presence in his life. He took an adult step back and looked at the big picture and said, “That was a huge part of my life, but at the end of the day, this is the good that came out of it. Now, I’m ready to move on [with Caroline].”

TVLINE | We didn’t find out where Tyler went. Can you say?
We don’t really mean it to be a mystery; the implication is that he took off with Jeremy and we will reference where they are once we start Season 7. They’re off hunting vampires together.

TVLINE | Then I guess it’s helpful Jeremy has an ally who can take a vampire down with one bite.
[Laughs] Exactly.

TVLINE | And then there’s Alaric. How is he possibly going to move on from losing Jo and their twins?
As we break Alaric’s story [for Season 7], we’re thinking, “How would you actually feel if that happened? How would you get over it?” And we decided you don’t get over it. He’s deeply wounded and he needs Damon, who also lost the love of his life, at least for 60 or 70 years. He’s sort of the one person who can relate to him most. He’s going to rest on Damon’s shoulder, and we’re going to find them growing up together in the premiere. There’s no fix to what happened to Alaric. He’s going to be a mess when he starts the new season.

TVLINE | As for the time jump, have you figured out how far into the future it is?
We have figured it out — I’m writing the premiere as we speak — but we’re kind of keeping it a mystery for fans to mull over. It’ll all become clear in the premiere what’s actually happening.

TVLINE | I saw that Matt’s a full-fledged officer now, so I’m thinking of my own brother and how long it took him to get through the police academy.
How long did it take?

TVLINE | About six months.
That’s interesting. Matt’s been doing that police training class, so he already had a couple months under his belt. 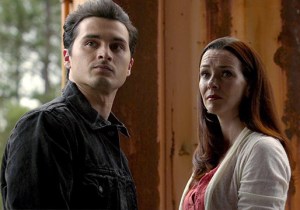 TVLINE | Lily has also been reunited with her “family.” Was this her happy ending, or the beginning of a new nightmare?
This will be the nightmare of Season 7. It’s going to be the Salvatore brothers vs. the Salvatore mom and her adopted family of heretics, who are known to be sociopaths who have killed thousands of people.

TVLINE | Lastly, I loved Kai to pieces, and he got a big send-off. What was your goal when wrapping his story?
We wanted to show the audience how the heretics work, so we turned him into one. We wanted to personify the villains for next year, which is why we went through the stages — so to speak — of becoming a vampire who can do magic. We also needed a villain to pay off the entire mythology of the season. We knew we wanted to make it a big Kai villain-centric story. It just happened that he was available, and he’s been the most awesome villain we’ve had on the show. It worked really well.

TVD fans, once you recover from information-overload, drop a comment with your thoughts on the finale and your hopes for Season 7 below. 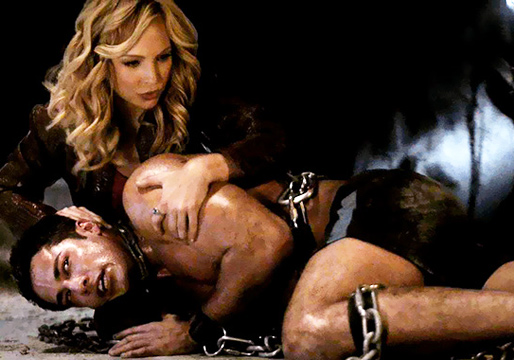