The CW on Thursday unveiled its first cast photo for the Flash/Arrow spinoff DC’s Legends of Tomorrow, and it confirms the identity of the character being played by Caity Lotz. (Click to zoom.) 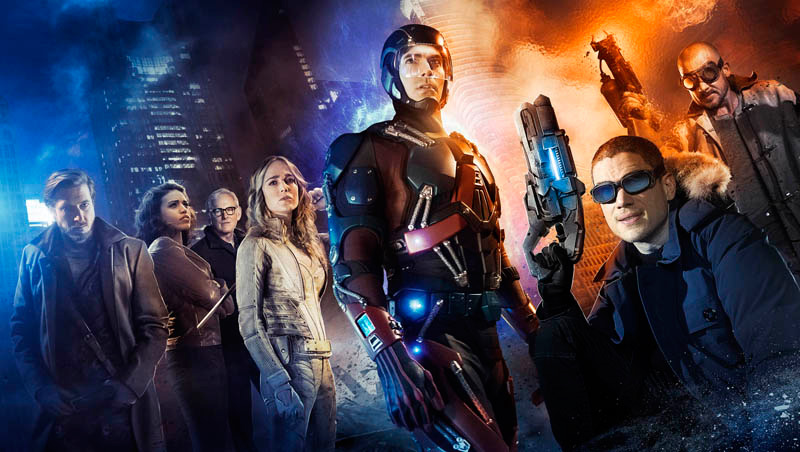 Lotz of course played Sara Lance aka Black Canary on Arrow, but was famously killed off early in Season 3. Thus, there has been much speculation about her Legends of Tomorrow role, especially after good ol’ long-lens paparazzi photos surfaced hinting at an all-white costume.

Is she in fact, most positively playing DC Comics’ lethal White Canary? Yep, she sure is. CW president Mark Pedowitz confirmed as much during a conference call with reporters on Thursday.

The official logline for Legends of Tomorrow reads as follows:

When heroes alone are not enough… the world needs legends. Having seen the future, one he will desperately try to prevent from happening, time-traveling rogue Rip Hunter is tasked with assembling a disparate group of both heroes and villains to confront an unstoppable threat — one in which not only is the planet at stake, but all of time itself. Can this ragtag team defeat an immortal threat unlike anything they have ever known? DC’S Legends of Tomorrow stars Victor Garber (The Flash); Brandon Routh (Arrow); Arthur Darvill (Doctor Who); Caity Lotz (Arrow); Ciarra Renee (Pippin); Franz Drameh (Edge of Tomorrow); with Dominic Purcell (The Flash); and Wentworth Miller (The Flash).