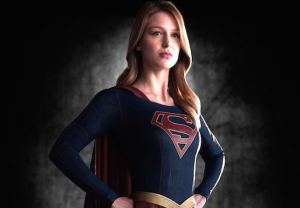 Kara Zor-El will take flight on Mondays this fall.

CBS on Wednesday revealed its primetime schedule for the 2015-16 TV season, and the big news is that Supergirl will assume Monday’s formerly comedy-dominant opening hour after Thursday Night Football ends in early November.

Also of note: New family comedy Life in Pieces has scored the plum post-Big Bang slot (first on Mondays and then on Thursdays after TNF concludes), and new drama Limitless takes over Person of Interest‘s Tuesday-at-10 perch (the latter is being held for midseason),

NOT RETURNING NEXT SEASON: Battle Creek, The McCarthys, The Mentalist, The Millers, Reckless, Stalker and Two and a Half Men.