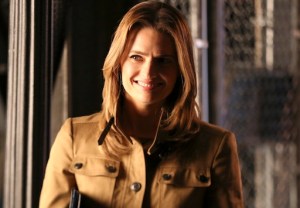 Castle is retaining its Queen.

Stana Katic has inked a new deal to continue playing Kate Beckett through the just-ordered Season 8. The actress’ on-screen hubby, Nathan Fillion, inked his own deal last month that carries him through next season.

News of Katic’s new pact comes as the aging ABC procedural is undergoing a major shift behind-the-scenes. As TVLine reported, Castle scribes Terence Paul Winter and Alexi Hawley are taking over as co-showrunners, replacing David Amann, who is not returning for Season 8.

UPDATE: On Tuesday afternoon, Katic shared a statement on her awaited decision, saying it came after conversing with the series’ new showrunners: