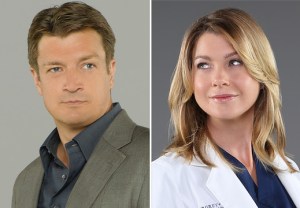 The fact that Castle‘s Stana Katic only renewed her contract for one more year is not necessarily a sign that the procedural in turn will be fitted with a toe tag at the end of Season 8. Nor has the recent death of McDreamy assigned an expiration date to Grey’s Anatomy, which was just picked up for Season 12.

“[It’s] not the final season of either,” ABC president Paul Lee told reporters on Tuesday, just days after both Castle and Grey’s got renewed for the 2015-16 TV season. “And I would like to see them run for many, many years to come. They’re both powerful, vibrant brands with incredibly passionate audiences.”

Similarly, Lee declined to specify Castle’s Season 8 episode count, which some have speculated might be shorter, as a means to lure back its two stars.

As with virtually the entire ABC lineup, both Castle and Grey’s only last week had their fates for the fall confirmed — with the then-unresolved issue of Katic’s contract casting a pall on the cop show’s prospects. (Male lead Nathan Fillion inked his own new deal in mid-April, while in more recent days Castle named Terence Paul Winter and Alexi Hawley as its new showrunner and co-showrunner, replacing Season 7 boss David Amann.)