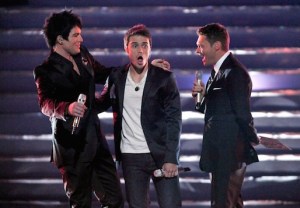 If you cheered Monday’s news that Fox will pull the plug on American Idol after it wraps Season 15 next spring, I get it. But as a longtime and still fervent member of the Church of the Six Soul-Sisters (Kelly, Carrie, ‘Tasia, Melinda, Haley and Candice, of course), that response would be as unthinkable to me as LOLing after Travis puts a bullet into his loyal pal at the end of Old Yeller.

Nevertheless, my reference to Disney’s golden-haired pooch is not accidental: For a show that once pulled an average audience of 30 million viewers, last Wednesday’s 6.9 million and 1.5 demo rating looked as dire as Yeller’s frothy saliva, high fever and sudden aggression.

Add to those sagging ratings the show’s recent struggle to catapult its winners to post-show success — it pains me to say this, but several “songs” by Real Housewives messes have captured the zeitgeist moreso than anything by Idol‘s last two champs, Candice Glover and Caleb Johnson — and it’s fair to wonder if Fox should’ve swung the axe even sooner.

Still, while my inner Idoloonie is slowly moving toward the acceptance stage of grief, there’s also a little bit of anger, too. Why didn’t Fox, Fremantle and 19 Entertainment get Idol to the doctor sooner? Why did producers attempt only surface-level changes and fail to examine which parts of the show had become outmoded, repetitive and a drain on viewer enthusiasm — especially as The Voice and The X Factor emerged as serious competitors?

Below, the five biggest reasons Idol‘s powers-that-be contributed to the death of its golden (sorry, I’ll let the Yeller metaphor die here) goose: 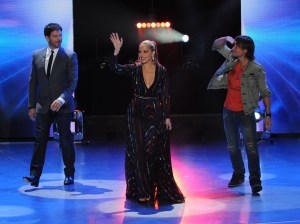 THEY FORGOT WHAT MADE THE SHOW GREAT | I’ve complained many times in the past few years about how former executive producer Nigel Lythgoe and especially current boss Per Blankens have lavished too much time and attention and too many loving close-ups on the judges — from Nicki-vs.-Mariah to “Look! It’s an extended J.Lo reaction shot!” But as it became increasingly obsessed with its “superstar judges” — a direct reaction to The Voice‘s coach-centric format — Idol forgot that its central charm was always in watching super-talented waitresses, farm girls and high-school students survive grueling musical challenges and emerge just a few months later as bona-fide chart-toppers.

I’m not saying Fox’s reality granddaddy needed to amp up the sob stories, but the near total absence the last few seasons of contestant interviews — and any genuine revelations about their lives and loves — has made it vastly easier to detach from the Idol process. Think back to the glory days of Season 8 — when Kris Allen, Adam Lambert, Allison Iraheta and their cohorts garnered the lion’s share of water-cooler chatter, capturing our hearts just as much as our ears. To paraphrase an old Phil Spector tune, “to know know know them, was to love love love them.” And alas, over Seasons 12, 13 and 14 — through no fault of the contestants — that just hasn’t happened.

THEY GOT CHEAP (OR MAYBE JUST LAZY) ABOUT THE MUSIC | In my Idol exit interviews over the last two years, several contestants (Jessica Meuse and Tyanna Jones, to name a couple) have come right out and admitted that producers frequently offer up paltry lists of just 20 or 30 songs for any given theme week — sometimes resulting in “hat-draw” battles for the most coveted tunes. This inexplicable boneheadedness in relying on the same damn songs — “I Wanna Dance With Somebody,” “I’ll Be,” “Piece of My Heart” — over and over and over again has contributed to the stagnation of the Idol format, at the exact time that The Voice has served up a comparably fresher menu of music.

Think about this: If you paid 50 Idol fans or employees to each cook up lists of 100 great tracks that’ve never been performed during live voting rounds, you’d conceivably wind up with 5,000 ditties that producers could’ve attempted to clear between June and January (aka the Idol off-season). For a show that gives J.Lo an eight-figure salary, you can never convince me that the expense of such a music-clearance onslaught would’ve bankrupted the House That Kelly Clarkson Built. 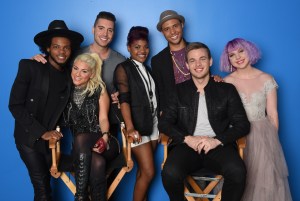 THEY PRETENDED IT WAS STILL 2003 | OK, Season 14 found Idol essentially stealing The Voice‘s “Twitter Save”/Sing-Off between the two lowest vote-getters in an effort to bring added drama to the elimination process. But aside from that, Idol failed miserably at livening up the proceedings with genuine social-media interaction among contestants, mentors, judges and fans.

Mr. Blankens & Co. might point to theme weeks like “American Classics” — in which the show purported to put together a set list based on fan suggestions — but there was never authentic back-and-forth on Facebook or Twitter to make the “innovation” feel like anything more than a ruse. Fox should’ve armed the Top 12 with iPhones and encouraged/insisted they leak video and photos of song ideas, rehearsal footage, wardrobe debates and assorted other never-before-seen insights into the Idol process. Instead, it fumbled with an embarrassing assortment of hashtags while younger viewers jumped ship in droves.

THEY FORGOT TO INVEST IN THEIR WINNERS | Idol‘s one unwavering advantage over The Voice was the fact that it had multiple graduates achieve enormous (or at least pretty solid) post-show success. (Heck, even the all-too-often maligned Ruben Studdard, Kris Allen and David Cook scored sizable hits on the Billboard’s Hot 100.) Debut discs by Candice and Caleb, however, (both released in 2014) received the promotional equivalent of being strapped to a rickety canoe and dumped in the middle of the Pacific Ocean. OK, so maybe Interscope didn’t truly believe in the Season 12 and 13 victors, but 19 Entertainment’s failure to champion its champions was another signal to the Idoloonie Nation that
committing to the time-consuming Idol process wouldn’t result in any real payoff.

THEIR FORMAT TWEAKS WERE CONSISTENTLY ATROCIOUS | Sending Season 13’s Hollywood Week hopefuls to an airplane hangar — and eliminating dozens of ’em within hours of arriving in Los Angeles? Forcing Season 14’s finalists to wait through up to two hours of live TV to learn how they’d done in last week’s vote — and then asking them to overcome all that fear and adrenaline and give their best performances? Continuing the bleak tradition of introducing fans to terrific audition-round singers only to cut them with little (or often no) explanation before the live shows? You can’t say Blankens & Co. didn’t try to freshen up the proceedings, but you can’t exactly say they succeeded, either.

Sigh. So many preventable maladies, so little emphasis on diagnosis and treatment. Would it have made a difference had Lauren Alaina’s doctor (#NeverForget) swept in at the 11th hour to save the day — or would Idol ennui have set in anyhow once The Voice and The X Factor entered the marketplace? It’s hard to say for sure, but I can’t shake the belief that the franchise could’ve (or should’ve) lasted a few more seasons.

Regardless, next January will give us one last hurrah, give one more talented kid a chance at upending the depressing major-label system and becoming a household name in the process. I could list all the things I’d like to see happen in Season 15 — and at some point in the next few days, I probably, foolishly will. The realist in me knows, however, that the old dog probably won’t be learning any new tricks. Better to keep it comfortable in its waning days — and keep hope alive that a little puppy named Reboot will wander into Fox’s life in a few years’ time.

Your turn. Will you miss Idol when it’s gone? Do you think that a more proactive approach could’ve helped extend its life? And given that that didn’t happen, is now the right time to end the show’s run? Sound off in the comments!