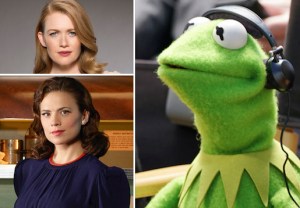 The Alphabet network unveiled its schedule for the 2015-16 TV season on Tuesday, and… it looks a lot like its schedule for the 2014-15 TV season. ABC is keeping four of its nights — Monday, Wednesday, Thursday and (of course) Saturday — completely in tact. The biggest overhaul comes on Sunday, where new dramas Oil (FKA Boom) and Of Kings and Prophets will fill the post-Once Upon a Time void left by Revenge and Resurrection.

Also of note: Fresh Off the Boat is moving back a half-hour on Tuesday to 8:30/7:30 to make room for the new Muppets series, new drama Quantico will follow Agents of S.H.I.E.L.D. at 10/9c, and Shonda Rhimes’ The Catch is being held for midseason.

Also on tap for midseason are returning series American Crime (resetting with a new storyline but some returning actors in different roles), The Bachelor, Beyond the Tank, Galavant, Marvel’s Agent Carter and Secrets and Lies, as well as new shows The Family, The Real O’Neals, Uncle Buck and Wicked City. (Click here for info on where and when these midseason series will air).

Speaking of Agent Carter, the logline for Season 2 reveals this: “Peggy must now journey from New York City to Los Angeles for her most dangerous assignment yet,” where she “discovers new friends, a new home… and perhaps even a new love.”