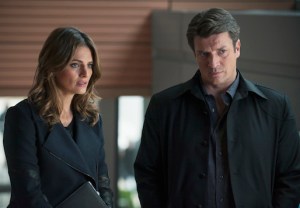 Not 24 hours after it was announced that longtime Castle scribe Terence Paul Winter was stepping up as showrunner for the recently ordered Season 8, TVLine has confirmed that Castle alum Alexi Hawley is returning to the ABC drama, as co-showrunner — the same position he just got done filling on Fox’s freshly snuffed The Following.

Hawley’s Castle resume includes a Seasons 2 through 4 run as a producer, opening with a stint as executive story editor. During that time he also penned nine episodes, including “Kill Shot,” “To Love and Die in L.A.” and the Adam Baldwin-guesting “Headhunters.” His producing credits also include Body of Proof and State of Affairs, the latter of which he created.

The new Winter/Hawley combo fills the void left by David Amann, who is not continuing with Castle into Season 8.