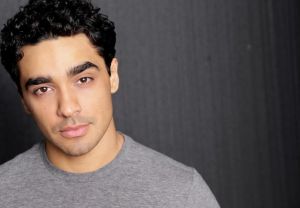 One of Nolan’s exes has landed an Unforgettable new gig.

Bonilla will play Denny Padilla, a new team member at the Major Cases division and a fast-rising star within the NYPD. He’s a bit rough-around-the-edges, but with a quiet side with a gentle wit. He’s also a fanboy of Poppy Montgomery’s Carrie.

The Denny character is one of three new roles being added to fill the void left by the departing Dallas Roberts, Tawny Cypress and Jane Curtin. (When CBS cancelled Unforgettable, many of the actors’ deals lapsed, and some moved on to other gigs.)

Production on the drama’s 13-episode fourth season begins next week in New York.