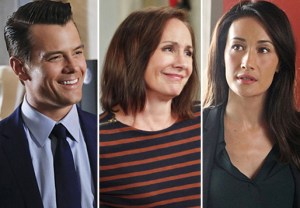 The freshman trio were done in by low ratings.

The CBS cancellations capped a lethal day at the broadcast networks, as more than a dozen shows were dispatched to the MIA network. Among the CBS bubble shows still hovering between life and death: CSI, CSI: Cyber and Hawaii Five-0.

Which of these three whacked CBS shows will you miss the most?