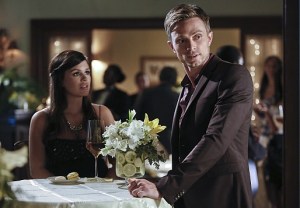 The CW’s days of whistling Dixie are officially over: The network has cancelled Hart of Dixie after four seasons, TVLine has learned.

Dixie‘s fourth season finale, which now serves as its series finale, was a biggie for Dr. Hart: Not only did she welcome her child with Wade, but the show’s “it” couple also swapped “I do”s and Zoe was officially made a partner. Happy endings all around! (Well, except for the show itself, of course.)

Fans, are you bummed by the show’s cancellation? Were you hoping for a Season 5? Drop a comment with your thoughts below.