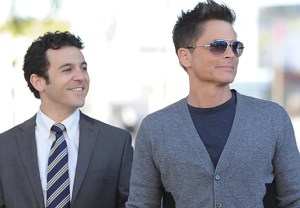 Fox on Thursday added a pair of wildly different series to its 2015-2016 schedule: the Rob Lowe-led comedy The Grinder and the murder procedural Rosewood.

Let’s start with The Grinder, a comedy about TV lawyer Dean “The Grinder” Sanderson (Lowe) who finds himself at a major crossroads when his long-running hit show comes to an end. Ultimately, he decides to move back to his tiny home town, where he fully believes he has the know-how to run his real-life family’s law firm. The Grinder also stars Fred Savage (The Wonder Years), Mary Elizabeth Ellis (It’s Always Sunny in Philadelphia), William Devane (24: Live Another Day) and Hana Hayes. 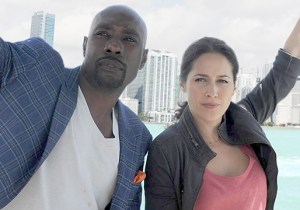 Rosewood stars Morris Chestnut (Legends) as top Miami pathologist Dr. Beaumont Rosewood, Jr., known for finding “the secrets in bodies that others usually miss.” A lover of life and an eternal optimist, Dr. Rosewood often finds himself at odds with the grouchy female detective (Jaina Lee Ortiz) he’s been saddled with — not that she doesn’t see the value in his skills. Rosewood also stars Gabrielle Dennis (The Game), Anna Konkle and Maggie Elizabeth Jones (Ben and Kate).

The Grinder and Rosewood join Scream Queens and the six-episode X-Files revival as Fox’s first 2015-16 pickups.

Do either (or both) of Fox’s newest additions sound like they’ll earn a spot on your DVR? Drop a comment with your take on The Grinder and Rosewood below.