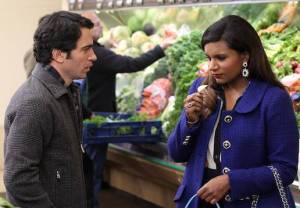 Guess we’ll never find out exactly what the Staten Island Handshake is after all. Or will we…

As we predicted, Fox has cancelled The Mindy Project after three seasons. That’s the bad news. The better news is that the Mindy Kaling comedy may live on at Hulu.

According to sources, Universal TV — which owns TMP and has a vested interest in seeing it cross the syndication-friendly, 100-episode threshold — is talking to Hulu about a multi-season pickup of the acclaimed comedy (that would be Season 4 and beyond).