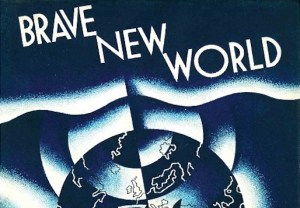 A Brave New World is hatching at Syfy.

Brave New World — if you’ll recall from your high school English lit class — is set in a world without poverty, war or disease. In this world, humans are given mind-altering drugs, free sex and rampant consumerism are the order of the day, and people no longer reproduce but are genetically engineered in “hatcheries.” Those who won’t conform are forced onto “reservations” – until one of these “savages” challenges the system, threatening the entire social order.

Darryl Frank and Justin Falvey of Amblin Television will executive-produce alongside Les Bohem (Taken), who will write the screenplay.