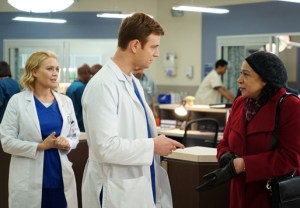 NBC is the first broadcaster out of the gate with its 2015-16 season pickups, ordering to series Chicago Fire spinoff No. 2 Chicago Med, the Greg Berlanti mystery thriller Blindspot and medical drama Heartbreaker (FKA Heart Matters). 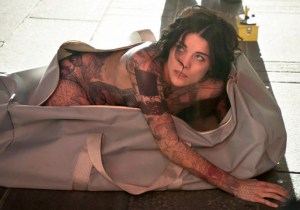 Blindspot centers on a beautiful Jane Doe (Thor‘s Jaimie Alexander) who is discovered naked in Times Square, completely covered in mysterious, intricate tattoos with no memory of who she is or how she got there. There’s one that’s very clear, however: the name of FBI agent Kurt Weller (Strike Back‘s Sullivan Stapleton) emblazoned across her back. “Jane,” Agent Weller and rest of the FBI quickly realize that each mark on her body is a crime to solve, leading them closer to the truth about her identity and the mysteries to be revealed. Audrey Esparza, Rob Brown, Marianne Jean-Baptiste, Ukweli Roach and Ashley Johnson round out the cast. 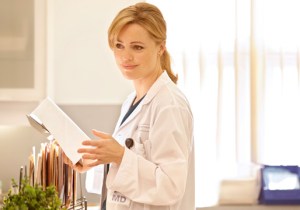 Lastly, Heartbreaker, from former Wonder Years Co-EP Jill Gordon, is being billed as a character-driven medical drama that follows Dr. Alex Panttiere (Good Wife and Grey’s Anatomy grad Melissa George), an outspoken world-renowned heart-transplant surgeon and one of the few women in her field. Stubborn and fearless, Alex always operates on her own terms. She revels in a racy personal life that’s a full-time job in itself, manages the daily demands of skeptical faculty and dutiful interns, and pushes the boundaries of medical science to impressive new heights. In addition to George, the cast includes Dave Annable, Don Hany, Shelley Conn, D.L. Hughley, Jamie Kennedy, Maya Erskine, J. Louis Mills and Joshua Leonard.