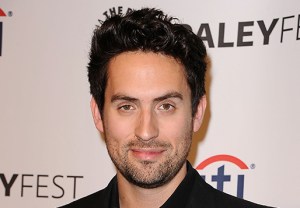 Per EW.com, Weeks will guest-star in a Season 7 episode of the USA Network drama as Cole Chapman Smith, an intense method actor who recruits Hank to help him prepare for his next role.

* Dancing With the Stars will return to a two-night format, beginning with a double elimination on Tuesday, May 5, E! Online reports. Performances will air on Monday nights, while results will be revealed on Tuesdays.

* Days of Our Lives vet Matt Cedeño has joined Season 2 of Syfy’s Z Nation as a series regular, per Deadline. He will play Vasquez, a mysterious bounty hunter who joins the zombie-fighting team — with questionable motives.

* Fox has ordered eight episodes of Home Free, a reality series set to debut Wednesday, July 22, EW.com reports. The project will follow nine couples — each of them in need of new digs — who earn a shot at their dream home by living in a series of fixer-uppers that they must renovate.