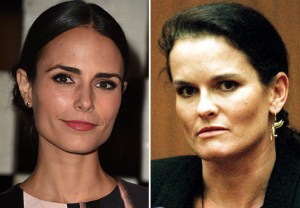 Brewster, as first reported by EW.com, will play Denise Brown, the sister of Simpsons’ wife — and the victim in question — Nicole Brown, a role still to be cast.

In addition to Dallas, Brewster’s TV credits include roles on Gigantic, Chuck and As the World Turns.

Your thoughts on Brewster’s casting? Drop ’em in a comment below.