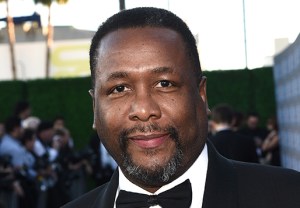 HBO has reached a verdict in the case of its upcoming TV movie Confirmation, casting Wendell Pierce (Treme, The Wire) as Supreme Court Justice Clarence Thomas, per The Hollywood Reporter.

The actor will star opposite Scandal‘s Kerry Washington in the project, which chronicles Thomas’ controversial appointment to the court in 1991.

As previously reported, Washington will play lawyer Anita Hill, who famously testified at Thomas’ confirmation hearings about reports he had sexually harassed her.

Pierce, who currently co-stars on CBS’ The Odd Couple reboot, has previously appeared on Suits and Ray Donovan.

* FLOTUS Michelle Obama will make her fifth and final visit to The Late Show With David Letterman this Thursday, April 30.

* Entertainment Tonight correspondent Brooke Anderson, who has worked with the newsmagazine since 2013, is leaving the show this summer, TheWrap reports. She is relocating to the East Coast to be with her family, but will freelance for ET later in the year.

* Orange Is the New Black actress Lea DeLaria, who plays Big Boo on the Netflix series, has been upped to series regular for the show’s recently announced fourth season, Deadline reports.

* USA Network has released a controversial series of “Stick it to the man” posters for Mr. Robot, its upcoming hacker drama starring Christian Slater. Check out one of the images (which contains slightly NSFW language) below: 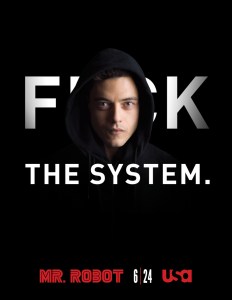