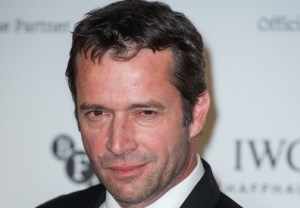 Joe Carroll hasn’t even been gone a week, and James Purefoy already has another gig.

The actor, (Spoiler alert!) whose serial killer character was executed in Monday’s episode of Fox’s The Following, will play an ex-con trying to stay out of trouble in Sundance’s Hap and Leonard, per The Hollywood Reporter.

The series is based on Joe Lansdale’s series of novels about the two men. Season 1 will consist of six episodes, which are slated to air in early 2016.

In addition to playing The Following‘s central murderer for three seasons, Purefoy’s TV credits include Rome, Revenge and Episodes.