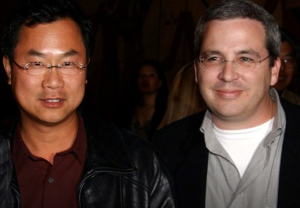 As far as returning X-Files alums go, these two are almost as big as David Duchovny and Gillian Anderson. (Or at the very least, The Smoking Man and Skinner.)

According to sources, the longtime collaborators — who were responsible for such seminal episodes as Season 1’s Beyond the Sea and Season 4’s Home and Musings of the Cigarette Smoking Man — will write and direct one episode apiece. Morgan will also serve as an exec producer alongside series creator Chris Carter.

Snagging the duo is quite a coup for Fox, and should serve as confirmation that the network is pulling out all the stops to ensure this continuation lives up to fans’ high expectations.

Sadly, another X-Files behind-the-scenes MVP, Vince “Breaking Bad” Gilligan, is not expected to be involved in the revival, which is slated to start shooting this summer.