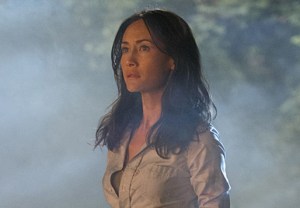 This post contains spoilers from Monday’s episode of Stalker.

If you’re a Stalker fan who has been holding out hope for a Season 2 renewal, rest assured: Series creator Kevin Williamson is waiting with bated breath, too.

Just a few weeks before the TV execs make their renewal and/or cancellation decisions, Williamson remains cautiously optimistic about the CBS drama’s chances. Emphasis on “cautiously.”

“I have to have hope, right? You can’t get out of bed if you don’t have a little hope,” he said, when asked about the prospects of a second season. “Anything’s possible. I’m not a guy who just sits around and waits to hear. You’re sitting in a room with a bunch of writers all year, and we’ve been laying the groundwork for Season 2.”

The first half of Stalker‘s freshman season laid the groundwork for Beth Davis’ face-to-face confrontation with Ray Matthews (Eion Bailey), the man who ruined her life years ago. After a weeks-long hiatus, the series returned on Monday to find Beth kidnapped by Ray, handcuffed in a remote cabin and once again fighting for her life. (The short version of how it all went down: Jack and Janice located Beth and got her to safety, leaving Ray to die in a cabin fire.)

Below, Williamson takes a deep dive into Beth’s multi-episode arc with Ray, how the lieutenant will cope with this latest trauma and the romance that could blossom before season’s end. 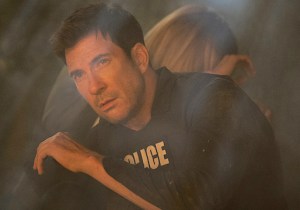 TVLINE | Had you been planning Beth’s confrontation with Ray from the very beginning?
It was always in the cards. We wanted our season-long story to be Beth-centric so that we could really get to know her and reveal the vulnerability inside of her and create a multi-dimensional character. The ghost of her past has come back to literally abduct her, and she’s not just fighting Ray, she’s fighting for her future. To see her fend for herself, we have to watch the armor crack a bit, and we see her stumble. And next season, we plan to [focus on] Jack.

TVLINE | What do you have in mind for his season-long arc?
He comes from New York, and clearly, he didn’t just leave New York, he got kicked out. [Laughs] …He left some unfinished business, and it comes back in a new way [in Season 2]. It allows us to open up the world and not tell just stalking cases. The thing about the TAU [Threat Assessment Unit] is, they handle threat management. They’re a threat team, so they handle any threat, not just stalking cases. They have their hand in everything, and that’s why in Season 2, we’ll be able to expand our universe. If we have a Season 2. [Laughs]

TVLINE | This episode had a lot of fighting choreography, and the last act took place mostly in the dark. Was it challenging from a technical perspective?
Oh, absolutely. We have an amazing crew that didn’t have a lot of prep time, because this was a storyline we were going to push until later in the season, and then we moved it up for our cliffhanger hiatus. We thought the best cliffhanger would be Beth [in Ray’s trunk], to give a must-see factor. So this was a big, huge ordeal, between the fire and the stunts. It was huge. Luckily, we have Maggie Q, who is quite a pro at this stuff.

TVLINE | Was it purely a scheduling issue, then, that made you wrap up this Beth vs. Ray storyline so early? I expected to see it tied up in the finale.
Here’s the other reason: It had to do with where I want to take these characters. I love to scare people and I love to tell the thriller stuff, but what I really wanted to do was take the characters on a full journey. [Beth’s] past came back to haunt her, and I wanted her to put it to bed, close the door on it and be able to look to a future. If we truly wanted to do that in one season, I needed more road to do that. [Episodes] 19 and 20 allow me to say, “What does that future look like for Beth?” She’s able to look to a future, and there’s Jack staring her in the face. We get to play on the emotional relationship they develop.

TVLINE | There was such a sense of relief at the end of this episode, with Ray now dead and gone. I’m curious, though, if this traumatic event will have psychological effects on Beth or the team.
Beth is now in a quandary: Who is she? Does she go back to her old identity now? Or does she stay Beth? Who did she used to be? She doesn’t even know who that is anymore. She’s lost, and we watch her try to figure it all out. She even questions if she’s going to stay at the TAU. She might need some time off. What does her future hold? She’s at a crossroads, and that fuels some of the Jack-and-Beth romance.

Stalker fans, what did you think of Beth’s face-off with Ray? Are you looking forward to a relationship between Jack and Beth? Drop a comment with your thoughts below.