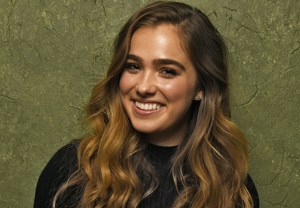 Richardson will play Ellie Dennis, a smart, ambitious “friend” of Maddie’s. Described as a “bitchy vixen,” Ellie is also a member of Speakeasy, her school’s secret society.

In addition to Ravenswood, Richard has appeared on Shake it Up!, Awkward and Law & Order: SVU.

Recovery Road premieres in 2016, along with Shadowhunters, a new supernatural drama based on the Mortal Instruments book series.